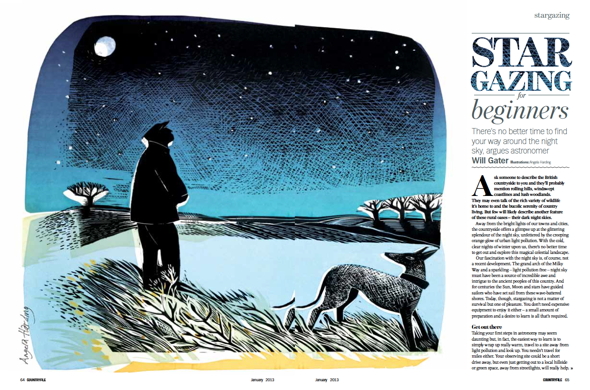 Just a quick heads-up to say that I have a new article in the January issue of the BBC’s Countryfile magazine. It’s called “Stargazing for Beginners” and it’s illustrated with a gorgeous opening picture (above) that was produced especially for the feature by artist Angela Harding. In the piece I offer some advice on how to get started in astronomy and suggest a few objects that can be seen with just the naked eye. There’s also a guide to locating some of the more prominent constellations that are visible in January.