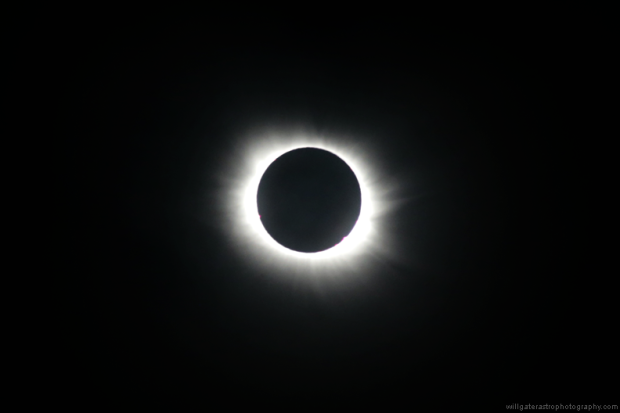 Totality, and the Sun’s glowing corona, from near the town of Runavik in the Faroe Islands. Credit: Will Gater

Last week I was the guest astronomer on an Omega Holidays trip to the Faroe Islands for the total solar eclipse of 20th March. I’ll try to post a full report soon, but in the meantime here are a few pictures from what was an incredible, and at times nerve-wracking, day chasing the shadow of the Moon. 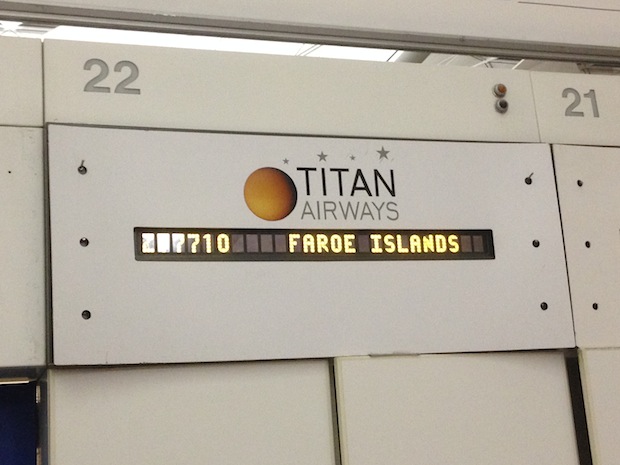 Our flight left Stansted airport at just after 3:15am on the Friday morning. Note the astronomical airline name!

We arrived in the Faroe Islands at 5:30am & were greeted with thick cloud, mist & drizzle.

As our convoy of coaches drove to our observing site, a spectacular peninsula near the town of Runavik looking out over the Atlantic, we could see small breaks in the clouds.

The wind & rain continued in the run up to the start of the eclipse. We watched as a cruise ship offshore valiantly chased the gaps.

A panorama looking south from our observing site. The capital, Tórshavn, is on the right. Click to enlarge! 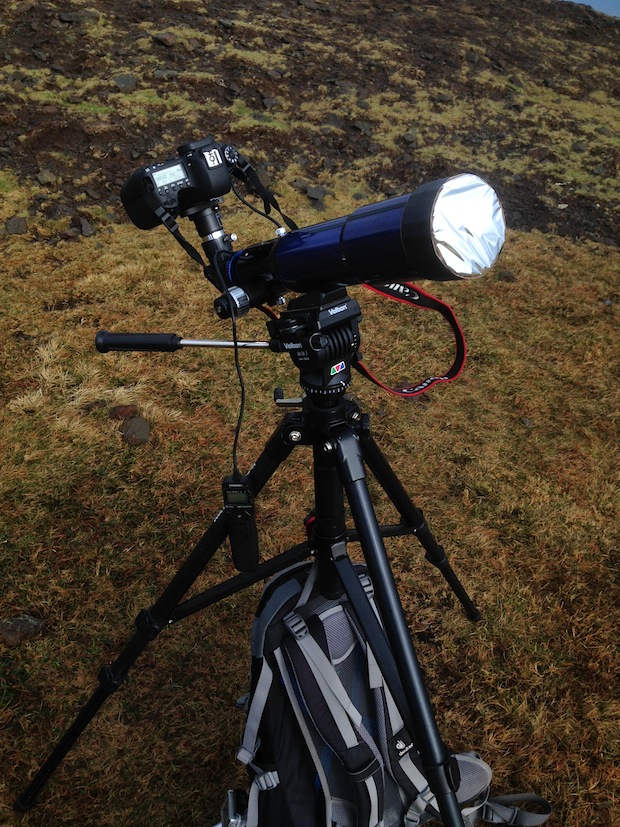 My eclipse photography kit. The exposed location made for an incredible view but meant photography was a challenge to say the least! My rucksack is attached to the tripod with a karabiner in an effort to reduce wind vibration. 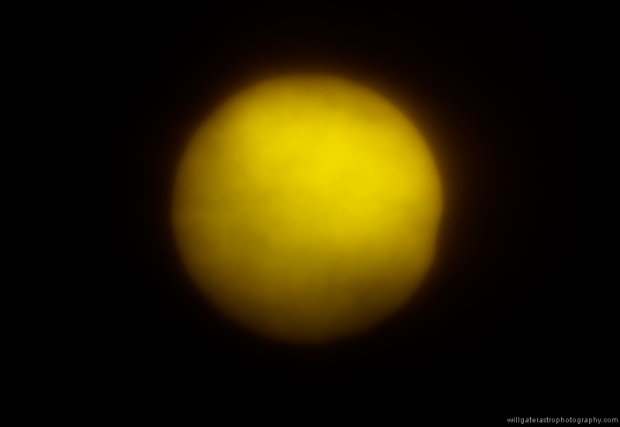 My first photo of the partial phase of the eclipse, taken with a white-light solar filter barely a few minutes after first contact. Credit: Will Gater During the first partial phase of the eclipse the Sun made only a few brief appearances. Credit: Will Gater Around a minute before totality the clouds broke and the mistiness of the sky seemed to dissolve away. Darkness enveloped us and the corona burst through a thin veil of cloud to huge cheers. Credit: Will Gater 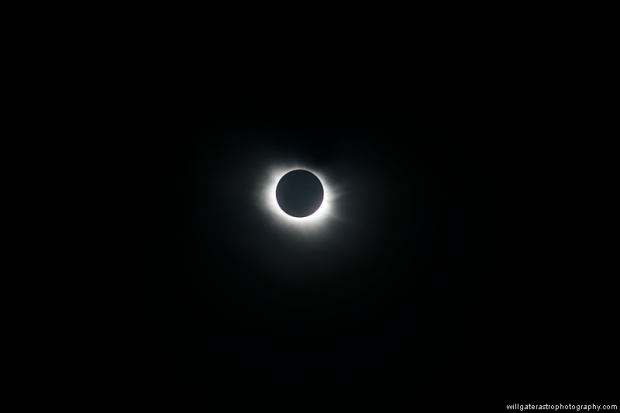 As totality progressed a slightly clearer cloud gap appeared revealing the full extent of the streamers within the corona as well as some beautiful, ruby-red prominences. Credit: Will Gater

This short animation, taken with a GoPro Hero 2, shows the Moon’s shadow racing over our observing site as well as part of the famous 360-degree sunset. Credit: Will Gater

The video below shows the above but in much higher quality and at a slower speed. It compresses about nine minutes’ of time into one minute. Select ‘720pHD’ for best playback.
http://www.youtube.com/watch?v=yJ73tp1QSnY&rel=0

From the end of totality to the end of the second partial phase (4th contact) we had a mix of beautiful, blue sky and fluffy, broken cloud. This sequence shows the Moon slipping off the solar disc. Credit: Will Gater 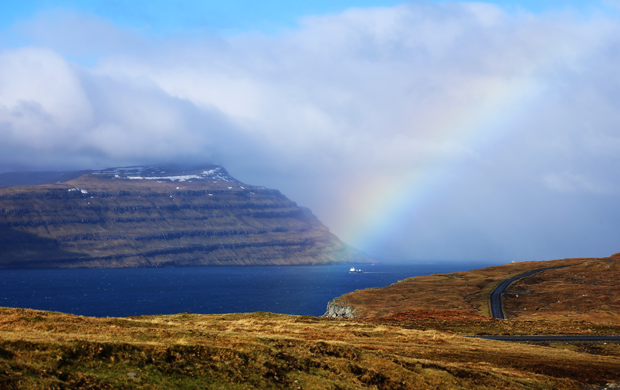 After the eclipse we went on a 3-hour sightseeing tour around the islands by coach before heading to Tórshavn for a few hours. Then it was back to the airport to head home.

The magnificent colours of the sunset as we flew home from the Faroes. A coda to an exciting 48 hours of eclipse chasing: this was the view that greeted me on my return home to Somerset, the Moon just a day old. Credit: Will Gater

Warning: observing the Sun can be extremely dangerous. Never stare at the Sun with the naked eye and never observe or photograph the Sun using an unfiltered telescope, camera lens, binoculars, camera viewfinder etc. Doing so risks serious damage to your eyes and/or equipment. The only safe way to observe the Sun is with a specialist, certified solar filter, following the instructions of the manufacturer precisely.